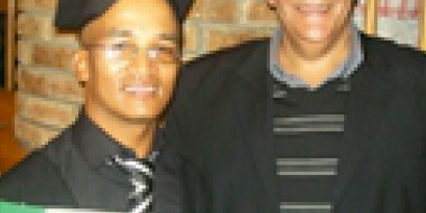 When Vuya Foundation came to know of Henry he was a student in the Ceres Secondary School. He stayed in the school hostel during the week and was to return home on weekends.

One cold and rainy winters evening Henry knocked on the door of his school principal and a Vuya Foundation Board member, Mr Ronald Balie.

Henry asked for help, explaining that he had nowhere else to go. Since Henry had started staying in the hostel, he had never returned home on the weekends. Henry, an orphan with a history of abuse, feared further abuse from his uncle and chose to make a bed for himself on the river banks near the school. This particular night the river had burst its banks and Henry had lost another place of shelter.

Subscribe for news on our latest projects
Go to Top